Entrusted with Bluffton’s Children Since 1987 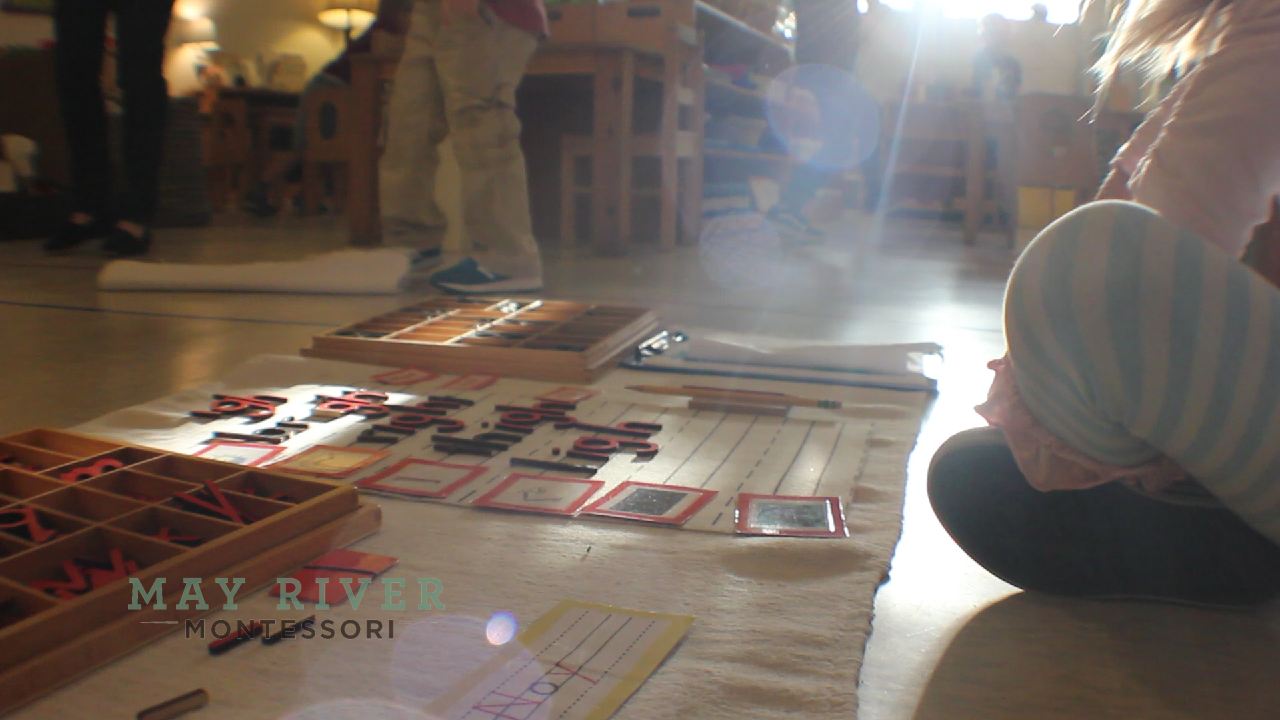 “We inspire a love of learning, compassion, and acceptance through an authentic Montessori community.”

May River Montessori provides a wonderful, safe, and loving environment for children. It has been amazing to watch our daughter thrive and grow. We are so proud to be a part of this school!

Best school ever! Love the teachers, staff, students and families! 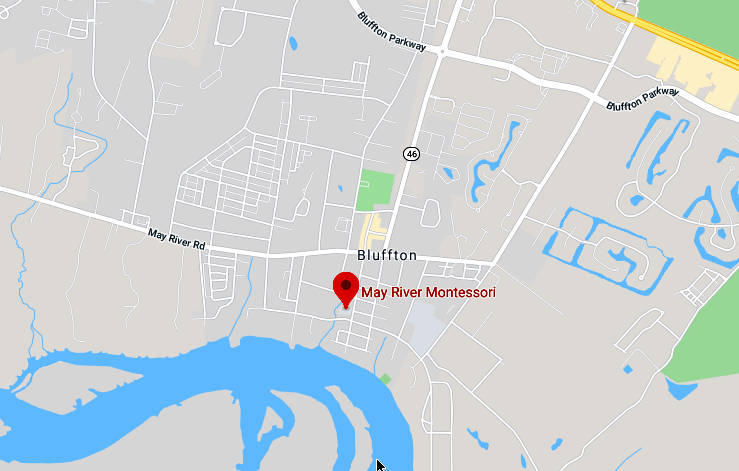 "My daughter loves it!"

A wonderful, loving environment for children to learn and grow! My daughter loves it!

The Students are Digging into the Specials

Spirit Night is Back!

About May River Montessori

We inspire a love of learning, compassion, and acceptance through an authentic Montessori community.

May River Montessori opened its doors in August of 1987 to 17 young children who became the school’s first students. In four short years, the school’s growth exceeded the capacity of the original site. Over the last three decades, the school has continued to grow through three relocations and over seven major additions and renovations to its current home. May River Montessori has played a significant role in the social and educational environment of the growing Bluffton community.

The brainchild of two mothers, May River Montessori, has grown and flourished throughout the years, touching the lives and hearts of hundreds of families. In turn, each of these families has become a beautiful part of May River Montessori’s heritage and has helped to make the school what it is today.

May River Montessori Is a non-profit, tax exempt, 501 C-3 corporation. Voluntary contributions to MRM, where no goods or services are received in turn, are tax deductible as defined in the IRS guidelines. May River Montessori will look beyond tuition income to voluntary contributions from families and friends of the school who want to invest in the school’s development.

The school is licensed by the South Carolina Department of Social Services (DSS) and operates under the guidelines of the Department of Health and Environmental Control (DHEC).

What is the Montessori Method?

The basic idea in the Montessori philosophy of education is that every child carries unseen within, the adult he/she will become. In order to develop their physical, intellectual and spiritual powers to the fullest, children must have freedom – freedom to be achieved through order and self-discipline. The world of the child is full of sights and sounds, which at first appear chaotic. From this chaos, the child must gradually create order, and learn to distinguish among the impressions that assail his/her senses, slowly but surely gaining mastery of self and the environment.

Why it is believed be the best

Our caring team of teachers and guides is dedicated to helping your child grow through the proven Montessori Method.  If you are interested in joining our team please contact us at Office@MayRiverMontessori.com.

May River Montessori admits students of any race, color, national and ethnic origin to all the rights, privileges, programs and activities generally accorded or made available to the students of the school. It does not discriminate on the basis of race, color, national and ethnic origin in administration of its educational policies, admissions policies and other school administered programs.

May River Montessori chooses to be embracive and tolerant of the religious backgrounds of its students and welcomes the sharing of the cultural aspects of those religions in a spirit of respect. The children often offer a prayer of thanksgiving to God before snacks and meals. Christmas, Hanukkah, and Easter are celebrated as holidays. American patriotic holidays are also observed in accordance with the national calendar.

May River Montessori uses ClassDojo to deliver updates and highlight activities in the classroom.  You can learn more about this app by going to classdojo.com.

May River Montessori uses SchoolCues to help with administration, admissions, and serves as the payment gateway for tuition.  You can learn more about this app by going to schoolcues.com.

BOOK RECOMMENDATION: Positive Discipline by Jane Nelson Ed.D. Hey families! We hope your summer break is going awesome! If you’re looking to understand how to connect better as a parent and family, check out the book: Positive Discipline.   During our last parent workshop, Jana Morgan Herman suggested this as her #1 book recommendation! It […]

Today we begin our next round of parent-teacher conferences. Let’s have a look at Dr. Montessori’s words about our teachers. “The teacher has two tasks: to lead the children to concentration and to help them in their development afterwards.” —Maria Montessori, The Child, Society and the World (Unpublished Speeches and Writing) — Do you have […]

Why is Montessori right for my child?

May River Montessori4 months ago
Today we are taking a look at our specials! It is exciting to see the students digging into their work!

Farmer B is helping the students plant carrots.

Ms. Kalen is getting the students moving with some songs and dance.

Ms. Sari is helping the students with their paintings.

May River Montessori5 months ago
Updates from the Grove!

This month our middle school students are working with scrap materials to develop new products, "Junk Art", for sale at the local farmer's market! You can see this week they're working on patchwork flags.

This weekly class is being led by a local artisan, Stella Anderson. She specializes in Creative Reuse and Education. She has over 20 years of experience taking junk and making it into art. We are excited that she is leading our first special class this year.

"It's rewarding to see the creativity these students show when they have access to these materials!"

Keep an eye out at the farmer's market for more products from our students!

May River Montessori5 months ago
Due to the amazing response, here is the flyer with all the information for the upcoming golf event:

Join us for the first annual MRM Golf & Grow Scramble! To register a team or sponsorship, email Golf@MayRiverMontessori.com or fill out the Registration section in the flyer and return with payment. It’s going to be a lot of fun!!

Have a contact in the golf world? We’d greatly appreciate any golf related swag donations (certificates for rounds, lessons, merchandise, etc). All team, sponsor and swag donations are tax deductible!!

Sponsor and Team deadline is September 16.

May River Montessori5 months ago
Save the Date!

The First Annual Golf and Grow Scramble is October 1st! Get ready for a great day at the Country Club of Hilton Head!

We will be raising money for our campus updates! Come out and support our great school.

May River Montessori5 months ago
Spirit night is back!

Next Monday, August 29th, come out to Local Pie in Bluffton to support our school at our first Spirit Night of the Year!

10% of ALL sales after 4 PM come directly back to MRM!

May River Montessori5 months ago
It's officially the first day of school! Welcome back!

We are so excited about this day and hope you are too! Check out some of these photos from around the campus this morning!

“…it’s such a wonderful place.”

"Both of my children attend and I couldn't be happier..."

Both my children attend and I could not be happier with our decision. Best teachers ever! Amazing curriculum and very mirrored to how we are raising them at home. My sons teachers have their hearts, and mine. Sharon does everything she can to protect those kids and make fussy parents happy. I appreciate everyone there. The after school program is awesome. This year we don’t need it, but my kids ask to stay after to be a part of it!

You know it’s a great school when they don’t want to leave.

My only complaint is that it doesn’t go up through high school. Hoping it continues to grow and by the time my children reach that grade, they would have built one.

"Caring compassionate teachers are really the heart and soul of the school..."

May River Montessori is an exceptional school in so many ways. The caring compassionate teachers are really the heart and soul of the school – from the 18 month+ “Cottage” all the way through the 6th grade. We have been at the school for 6 years and become more and more impressed each year.

"Incredible job each and every day!"

My daughter excels in the learning environment that MRM has created. Thank you to all the teachers and staff, who do an incredible job each and every day!